Emigration is one of the main topics of the early parliamentary election campaign in Armenia, SİA informs, citing the Armenian press.

Acting Prime Minister of Armenia Nikol Pashinyan said that the death toll during the Second Karabakh War was about 3,700 people.

As for the emigration data for 2020, this figure was virtually zero due to closed borders.

However, official data show that 127,338 citizens left Armenia, and 63,625 arrived in the country in January-March this year. So, in three months 63,713 people left the country forever. 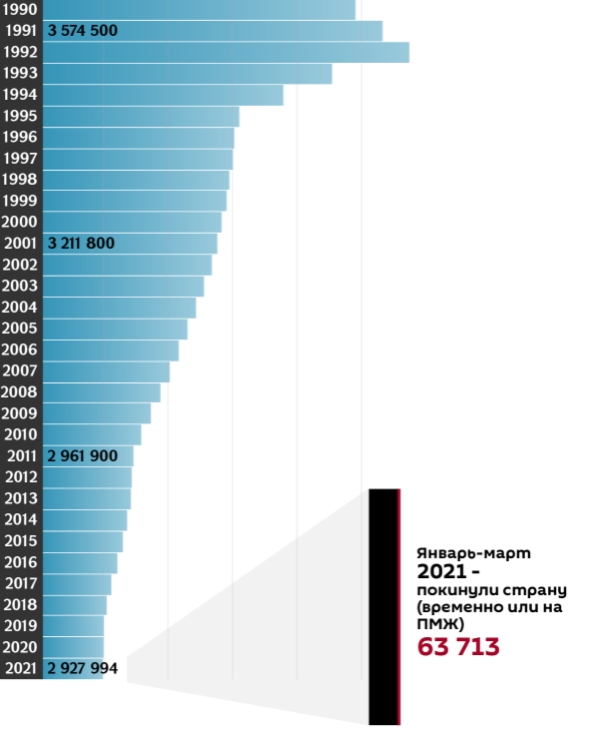