The environmental disaster created by Armenia poses threat not only to itself and Azerbaijan but to the entire region. Although the list of these disasters is long, we will focus on one of them in this article. The issue is dangers posed by Armenia's pollution of the Araz River for Iran.

Of course, Iran is also aware of this problem, this concern has been going on for some time in the neighboring country and is openly expressed.

The Iranian press is sounding the alarm

In November 2019, the English-language edition of Iran's "Tehran Times" wrote that the transboundary Araz River, which is of great agricultural and tourism importance for Iran, is polluted by sewage discharged from Armenia. The article states that Araz is one of the largest and most important rivers for Iran in the Caucasus. Besides its attractive and positive impact on the ecosystem, it has an important fishing potential. The river has become a source of pollution due to the discharge of heavy metals from factories in Armenia during the last decades and is dangerous for the population living in the northwestern part of the country. 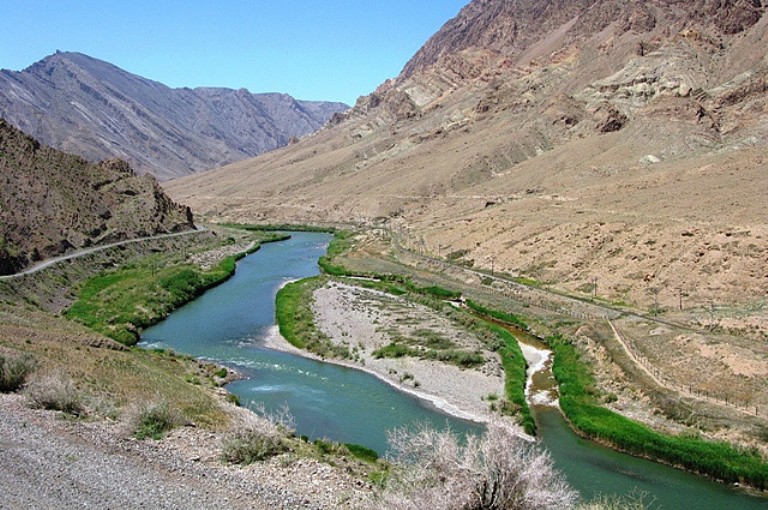 The article emphasizes that although the Iranian authorities refrain from filing complaints in order not to spoil bilateral relations, the situation cannot continue like this. "This issue should be resolved either on the basis of an agreement between the two countries, or as a result of international intervention," the author of the article emphasizes.

The article quotes the words of Ahmad Baybordi, a well-known Iranian expert. According to Ahmad Baybordi, several years ago, as a result of the joint monitoring of the research center of Tabriz University and the Ministry of Agriculture of Iran, pollution of the river with heavy metals was discovered, but the information was hidden from the public. As a result of water and soil research in Ardabil province, it was once again confirmed that the Araz river is heavily polluted.

At the meeting of the Armenian-Iranian intergovernmental joint working group held in Tabriz in November 2019, the issues of preventing the pollution of the Araz River were discussed.

In May 2021, Iran's energy minister warned Armenia that Yerevan is not taking sufficient steps to stop dumping waste into Araz.

Minister Reza Ardakanian said that his country has been trying to prevent Armenia from polluting the Araz River for several years, but to no avail.

Iran's serious concern about this issue is confirmed once again by the fact that the country's chief prosecutor raised the issue of Araz pollution in front of Armenian officials during his visit to Yerevan in May 2022.

Mohammad Jafar Montazeri, the Prosecutor General of Iran, said in a press release about the meeting that one of the most important topics during his visit to Armenia was the pollution of the Araz River, and he discussed this issue with the authorities of Armenia.

The Prosecutor General also emphasized that an agreement was reached on the creation of a special commission to investigate the pollution of the Araz River in Iran and Armenia: "We previously raised this issue in meetings with Armenian officials, but we did not come to any conclusion. During this visit, we made a proposal that was accepted by the Armenian authorities. In the meetings, it was decided to create a special commission consisting of three people to investigate the issue of Araz water pollution in Iran and Armenia, respectively. We have already started to form this delegation in Iran, and the Armenian officials have promised that the formation of the delegation will be a priority."

The chief prosecutor of the country emphasized that the Araz River issue is important for both countries and they are determined to continue this issue until the desired result is reached.

In July of this year, within the framework of the visit of the Minister of Environment of Armenia to Iran, the leaders of the environmental structures of the two countries reviewed the issues related to the works carried out in the Araz River during the discussions on "Cooperation in the field of ecology for a better future".

A few days ago, Abedin Khorram, the head of Iran's East Azerbaijan Province, in a meeting with the Armenian Ambassador to Iran Arsen Avakyan, said that the Araz River is of great importance for Iran, and that his country expects Armenia to take great steps to control mining waste.

At this point, it should be noted that it is not only Azerbaijan and Iran, but the whole world that the Araz River is polluted by Armenia. German Ambassador to Azerbaijan Wolfgang Manig said in a press release that a few years ago, Germany proposed to Armenia to build treatment facilities to stop the pollution of the Araz River, but the issue has not been resolved yet. The ambassador noted that as a result, all the dirty waters of Armenia flow into the Araz River.

In order to encourage Yerevan to build water treatment facilities, this issue has been repeatedly raised by Azerbaijan and Iran, but Armenia has still not taken any steps.

What sources pollute the Araz River in Armenia?

Zangezur (Syunik) region is considered to be the most strategic point of Armenia's mining industry. The Araz River has literally become a collector of industrial waste from enterprises in the cities of Gafan and Gajaran located in this region.

Wastes from the exploited copper-molybdenum deposit in Gajaran continue to pollute Okchuchay, and the copper-molybdenum and gold deposit in Agarak continues to pollute the Kharchevan river. As a result, the fact that both rivers are tributaries of the Araz River pollutes the land and water resources in the region to a dangerous level.

According to the obtained results, the main ore exporters of Armenia are "Zangezur Copper-Molybdenum Combine (CJSC)", "Agarak Copper Molybdenum Combine" CJSC, "Akhtala Mining and Processing Enterprise" CJSC, Teghout Armenia, which pose a threat to the ecological situation of the Islamic Republic of Azerbaijan, Georgia and Iran.

It should be specially emphasized that Armenia pollutes the Araz River mostly through Okchuchay. Heavy industrial waste from enterprises operating in the territory of Armenia poisons Okchuchay, and Okchuchay, in turn, mixes this waste with Araz. 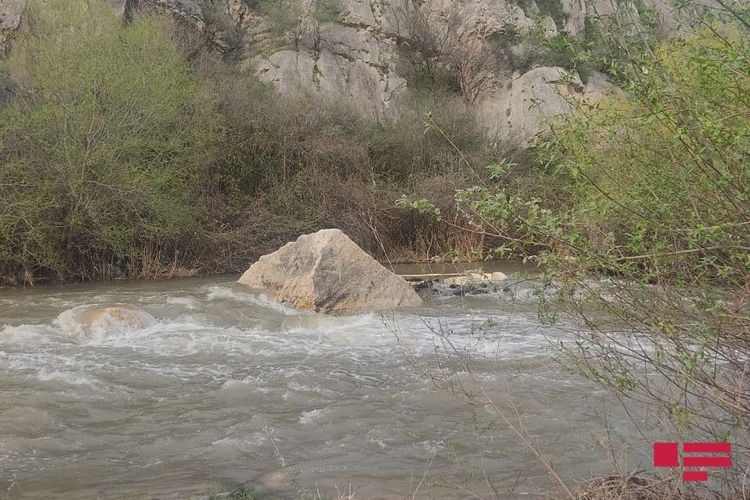 Let's pay attention to the fact that, along with local companies, the German company "CRONIMET" has been operating in the field of mining in Armenia for many years. Along with Armenia, this company is also responsible for the toxic wastes of the Gajaran copper-molybdenum and Gafan copper refining complexes located at the source of the river, as well as the domestic sewage of those cities, which are directly discharged into Okchuchay without treatment. "CRONIMET" company did not comply with eco-standards, as a result of which there was a threat of ecological terrorism for the whole region.(APA)

Iranian expert: "Armenia's pollution of Araz should not continue"

The state of Azerbaijan has already started taking appropriate steps to take measures at the international level regarding that company.

It was mentioned in the petition that the Okchuchay river was polluted with industrial waste and became unusable. "CRONIMET" company, which has been an active player in the Armenian mining industry, has not considered the impact of its activities on the environment, despite numerous statements in accordance with environmental standards. High levels of heavy metals, especially copper, molybdenum, manganese, iron, zinc and chromium, were found in the Okchuchay water sample tests. The amount of heavy metals in the water not only destroys the fluvial fauna, but is also extremely dangerous for human health.

A member of the Association of Environmental Risks and Sustainable Development of Iran, an expert in the field of health and environmental crises, Mohammadreza Mahbubfar, also expressed his concern about Armenia's pollution of the Araz River in his statement to APA's Tehran correspondent: "The pollution of the Araz River by Armenia cannot continue. For many years, a large amount of harmful waste, heavy metals and industrial waste have been discharged into the Araz River from the territory of Armenia, as well as from the heavily polluted Okchuchay during the occupation. This causes many other diseases, including gastrointestinal and cancer, in the water basin of the river." 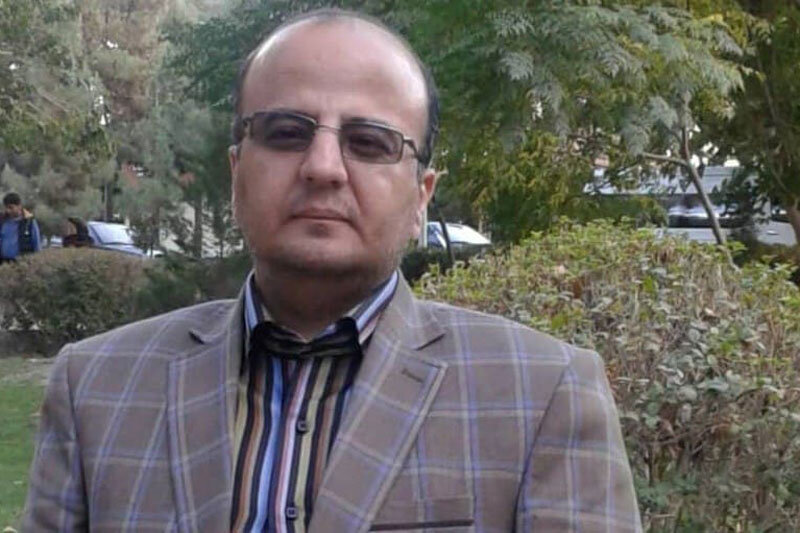 He noted that, on the other hand, these pollutions caused problems in the biodiversity of animals and plants. With the increase of these pollutions, there have been changes in the ecosystem of the area.

The Iranian expert also warned about the effects of this pollution from Armenia on the health of the region's population: "The pollution of the Araz River by Armenia has a negative impact on the citizens of the Republic of Azerbaijan and the population of the border regions of Iran, and leads to big problems."

He also said that soil and water poisoning and ecosystem changes have occurred in the Araz River area as a result of pollution: "This also causes the death of fish in the river."

Will Iran be able to force Armenia?

Apparently, Iran also has serious concerns about the environmental disaster caused by Armenia in the Araz River. In such a case, the question arises whether Iran will be able to force Armenia to take appropriate measures to prevent environmental pollution, which has caused many threats to the South Caucasus region. However, for many years, appeals to Yerevan to take measures to prevent this have not yielded any results. Armenia continues to pollute transboundary waters, threatening the ecological security of the region. It is not enough for Azerbaijan and Iran to take joint steps to eliminate the ecological damage caused at the current stage. Taking similar steps by Armenia would help to solve the problem. Otherwise, the pollution of the Araz River could lead to an environmental disaster not only for Azerbaijan and Iran, but also for all the countries of the Caspian Basin.

Finally, Iran should convey to Yerevan that Armenia is responsible for the pollution of the Araz River and the environmental problems that have arisen. At the same time, it would be good if Tehran would provide more active support to Azerbaijan's initiatives to prevent the ecological disaster that occurred in the Araz River.