"We have repeatedly demonstrated our attitude toward Iran, saying that we are ready to continue friendly relations at all levels, beginning from the head of state," he said. "We have stressed the importance of these relations. We have repeatedly stated that Azerbaijan will not harm Iran. But at the same time, we have urged Iran's side to be cautious toward Azerbaijan, its choice, the will of the Azerbaijani people, the state system, Azerbaijani internal and external policy. Iran must respond to anti-Azerbaijani calls of its clergy.

"Azerbaijan respects all religious values of Islam and has never allowed any calls to be voiced against Islamic sanctities and measures to be taken against Islamic values.

"Azerbaijan also respects Iran's clergy," he added. "But, unfortunately, some clergy representatives appeal, voice slogans that are an example of disrespect for Azerbaijan, Azerbaijani statehood, its constitutional order, people and the Azerbaijani President. We are waiting for Iran's side's response to these appeals. We expect Iran's official circles to make statements condemning anti-Azerbaijani appeals, to compete with such actions, which have a negative impact on the relations between the two countries. Of course, we do not support the majority of those appeals that were voiced on the pickets, held in front of the Iranian Embassy. Moreover, we will express the appropriate attitude. If the negative statements about Iran's clergy, spiritual leaders were voiced, the appropriate response will be given. But we expect similar actions from Iran's side. We also expect Iran's authorities to adequately assess the appeals directed against Azerbaijan, the Azerbaijani people, the constitutional order." 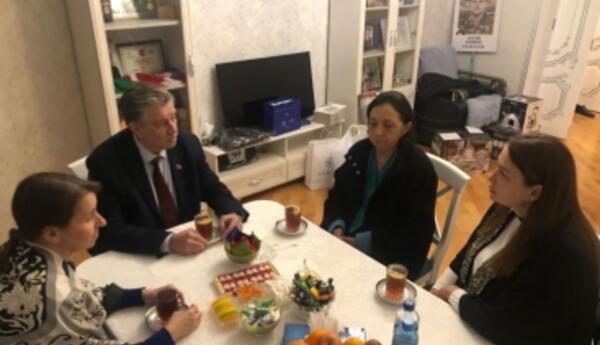