"Qarabag" has started its next game in the Champions League, SİA reports.

The Champion of Azerbaijan "Qarabag" faced " Zurich" in a return match in the second qualifying round of the Champions League.

This was the first draw of "Qarabag" in the new season. This result brought the champion of Azerbaijan to the III classification stage. The next opponent of the representative of Azerbaijan, who won 3:2 in Baku last week, will be determined in today's "Ferensvaros" - "Slovan" duel. 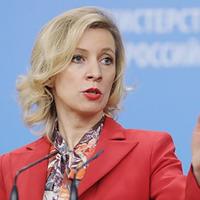