Azerbaijani President: "Internationally recognized borders of any country can not be changed without its consent" "Relations between Serbia and Azerbaijan are based on friendship and strategic partnership. We will continue to strengthen our political relations, contribute to the strengthening of partnership in all areas," said Azerbaijani President Ilham Aliyev at the joint press statement with President of Serbia Tomislav Nikolic,.

The President gave detailed information on Nagorno Karabakh conflict, said the influential international organizations made their decision on the issue, and a legal base for the resolution of the conflict is quite strong: "This issue has to be resolved in the near future in accordance with international law based on historical justice. Nagorno Karabakh is native Azerbaijani land. The international community has recognized Nagorno-Karabakh as an integral part of Azerbaijan. I am sure that Azerbaijan will restore its sovereignty and territorial integrity and this injustice will end. Of course, we want to express our gratitude to all countries including Serbia that support Azerbaijan’s fair position. "

The President stressed that there are sufficient accurate expressions in the signed Joint Declaration on Nagorno Karabakh as well as Kosovo issue which Azerbaijan supports Serbia.

The President said that cooperation in the economic sphere has been widely discussed with the Serbian counterpart. "In this area, there is also a wonderful experience. The first project is being implemented. I am sure that afterwards the other projects will be realized. Serbia's economy is very attractive for Azerbaijani investors. I am confident that agreements reached on the basis of the visit will cause Azerbaijan’s bigger investment to Serbian economy in the future as well as we will continue our efforts on other joint projects."

The President said that an exchange of views on Serbia’s participation in the projects initiated by Azerbaijan was made: "Among them there are construction projects of Baku - Tbilisi - Kars railway and Transanatolia gas pipeline."

The President noted that humanitarian sphere plays an important role in bilateral relations and the monuments were erected for Nikola Tesla in Baku and for Heydar Aliyev and Uzeyir Hajibeyov in Serbia. 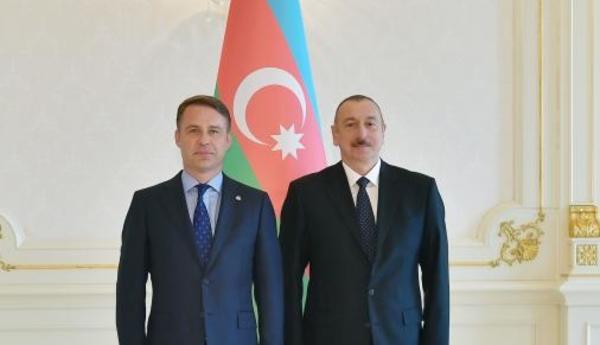