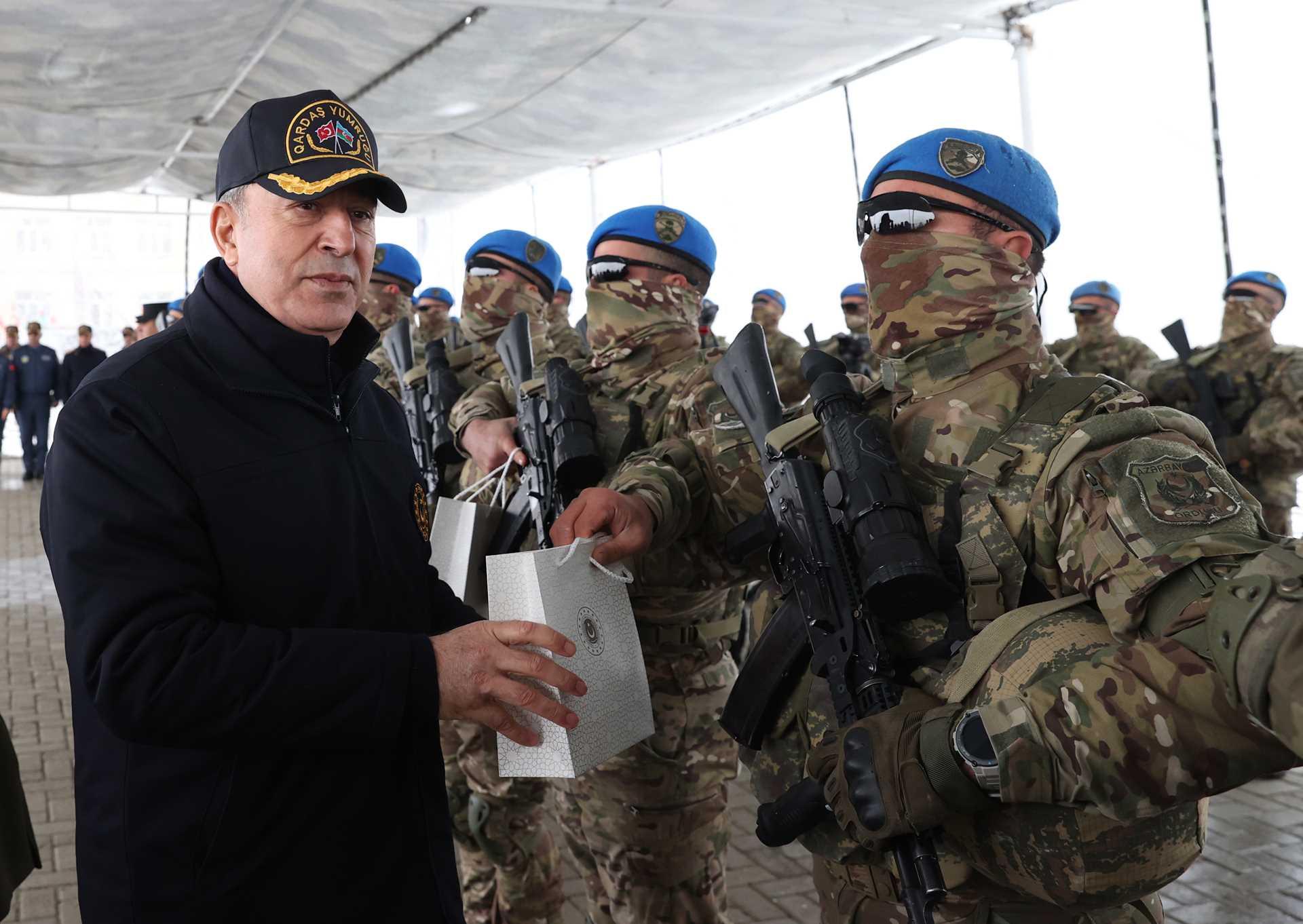 "We have the same friends and the same enemies," Turkiye's National Defense Minister Hulusi Akar said speaking during the joint military exercise of Azerbaijani and Turkish Armed Forces.

He noted that no matter where and from whom the provocations to Turkiye and Azerbaijan come, they are viewed as targeting both parties: "Let no one doubt that."

The minister emphasized that the whole world saw the brotherhood of the two countries during the liberation of the lands occupied by Armenia for 30 years.

He said that Turkiye and Azerbaijan are two fraternal countries: