Throughout three decades, UNESCO had been turning a blind eye to the Armenian atrocities in Karabakh, President of the Turkiye-Azerbaijan Foundation of Friendship, Cooperation and Solidarity Aygun Attar said at the International Conference on “The Role of UNESCO Conventions Concerning the Protection of Cultural Properties and Aspects of Improving Their Implementation” jointly organized by the National Commission of the Republic of Azerbaijan for UNESCO, the ICOMOS Azerbaijan National Committee and the Institute for Development and Diplomacy (IDD) of the ADA University.

"What measures did UNESCO take on Armenia which had been committing crimes in the occupied territories of Azerbaijan for 30 years? We need to ask this question," she said, adding that Armenia destroyed the cultural heritage in Karabakh and nearly a million of people were forced to flee their homes.

Aygun Attar also noted that Armenian atrocities have turned once the trade center of the district - Aghdam - into ruins: "Now these lands are like Hiroshima. How long will UNESCO keep silent about this?"

"The war is over, Azerbaijan has won. Now, thanks to the confident policy of President Ilham Aliyev, Azerbaijan is restoring its territories itself, while opening up new economic opportunities for many countries," she said. 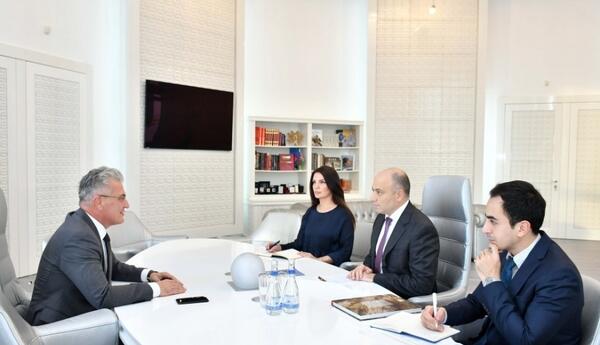