From those that question the moon landings to theories about JFK’s assassination, you don’t have to look far to find a conspiracy theory. And while we may find some of the most out-there theories laughable, the problem is, they’re not always easy to recognize.

The internet is the perfect breeding ground for them, and the uncertainty created by the coronavirus outbreak is allowing them to flourish.

So UNESCO, the UN agency that supports education, the sciences, and culture, has launched a campaign to help people identify, debunk and report conspiracy theories to prevent their spread. 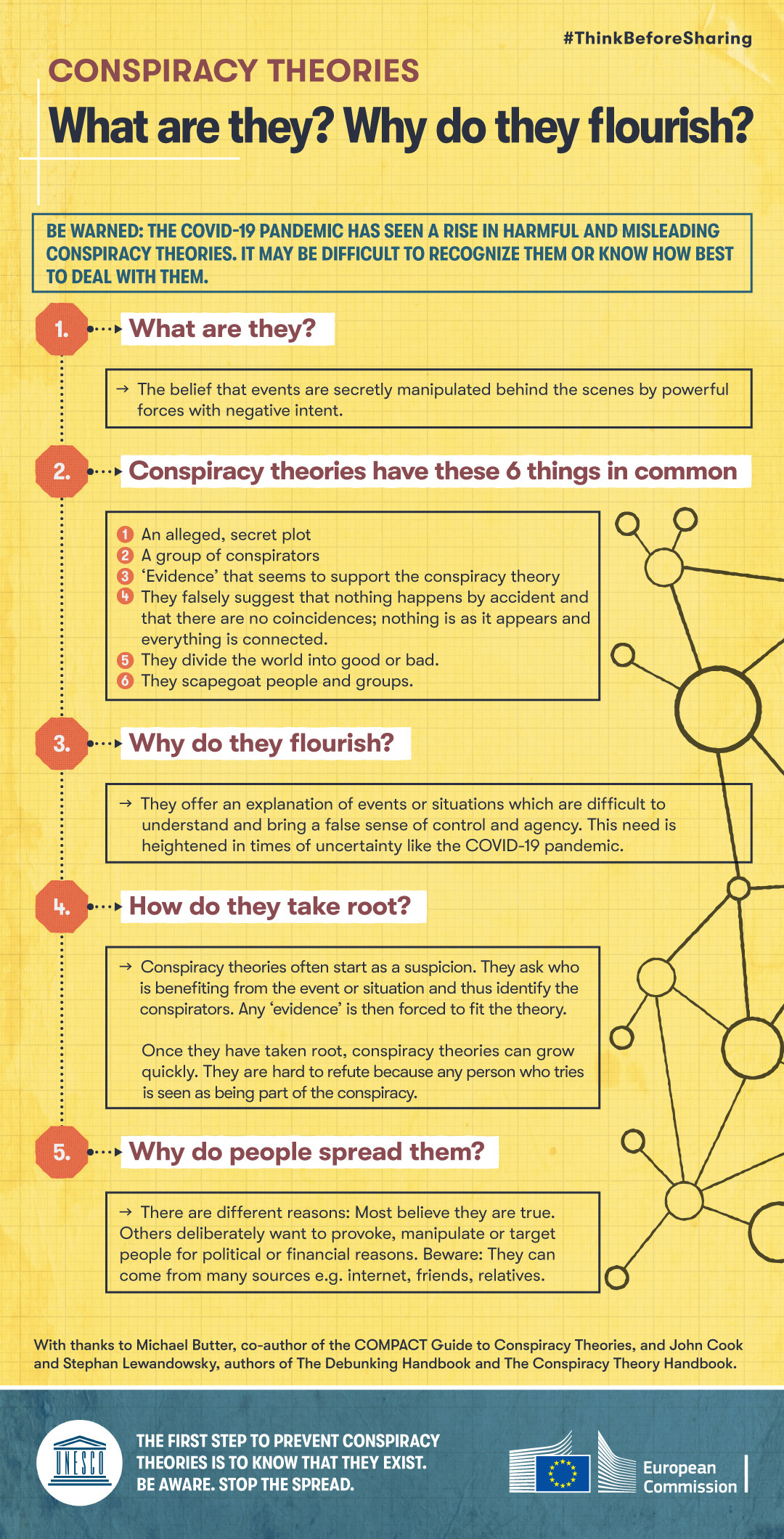 Conspiracy theories: What they are and how they flourish. Image: UNESCO

UNESCO is working with the European Commission, Twitter and the World Jewish Congress and has created a series of infographics to help people become better informed.

Conspiracy theories often start as a suspicion based on someone benefiting from an event or situation. ‘Evidence’ is then forced to fit around the theory. It can be hard to refute them because the person doing so is often seen as part of the conspiracy.

The theories can spread rapidly, particularly over social media, where people are easily taken in by them. Others spread them because they want to deliberately provoke or manipulate. Conspiracy theories can often target or discriminate against an entire group which are perceived to benefit. Some groups are particularly prone to being targeted, including people of particular religions or sexual orientation. For example, various conspiracies have falsely accused groups including people of assumed Asian origin, Jews and Muslims as spreading COVID-19 in Europe.

How to stop them spreading

Key to stopping the spread of conspiracy theories is educating people to be on the lookout for misleading information – and teaching them to be suspicious of certain sources. But there is no hard and fast rule as to how best to identify or react to potentially damaging and misleading information. It can be particularly difficult when the theories are being sent from friends and family. 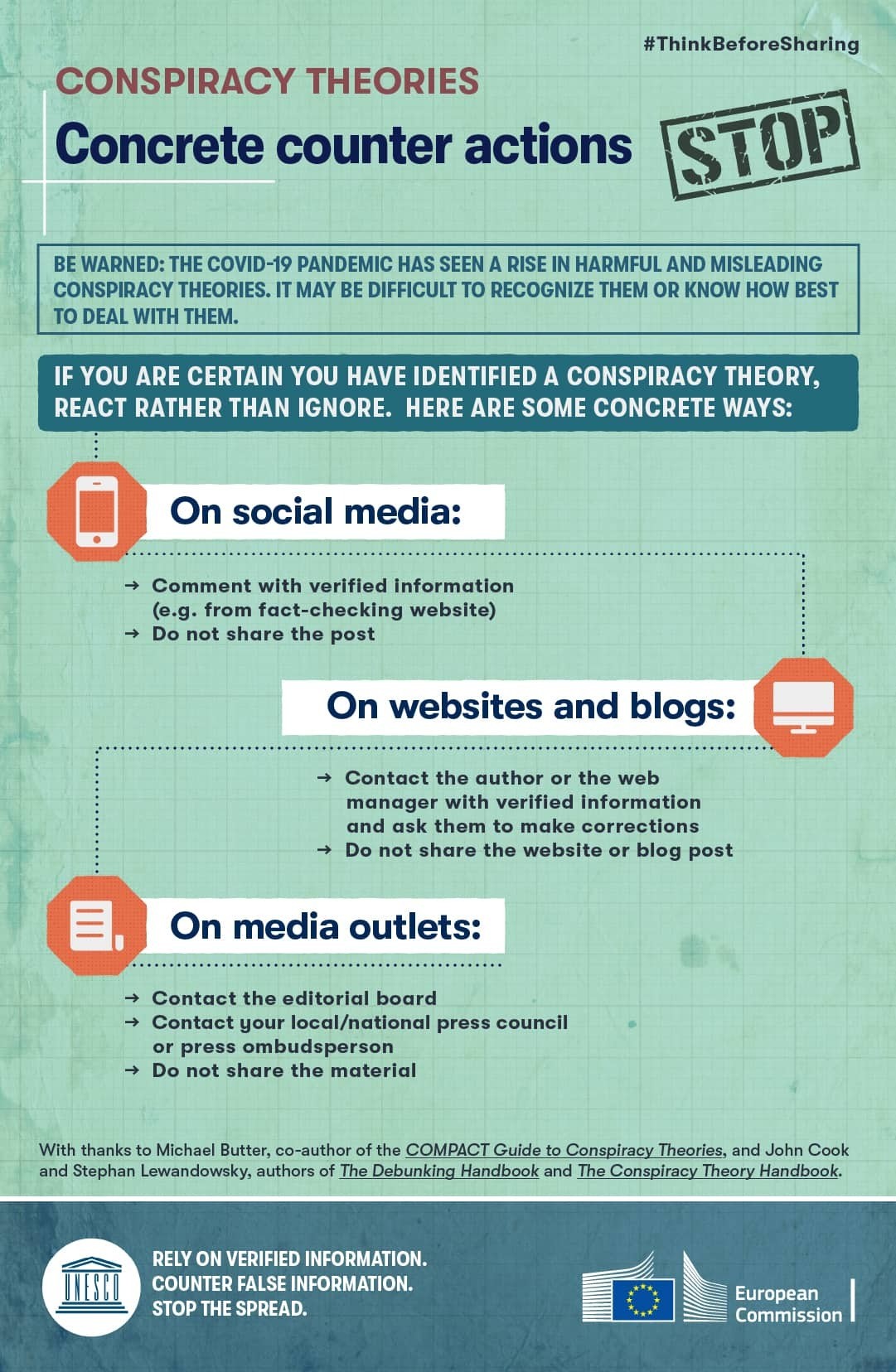 The link to COVID-19

Uncertainty and worry create the perfect environment for conspiracies to be born. Although it is still not confirmed where or how COVID-19 originated, theories abound. They largely ignore scientific evidence and attempt to come up with reasons why the pandemic happened and who stands to benefit.

The original article was published on weforum.org.