During the meeting between the Deputy Prime Minister of the Republic of Azerbaijan Shahin Mustafayev and the Vice President of the Islamic Republic of Iran, the Chairman of the Environmental Protection Organization of Iran Ali Salajegheh on October 20, concern was expressed about the pollution of the Araz River by Armenia, and the need for joint efforts to protect the river was brought to attention, SİA informs.

At the meeting, it was emphasized with satisfaction that there is a high-level political dialogue between Azerbaijan and Iran, which are celebrating the 30th anniversary of establishing diplomatic relations.

The meeting between the presidents of Azerbaijan and Iran held on October 13 in Astana within the framework of the 6th Summit of the Council on Interaction and Confidence Building Measures in Asia was evaluated as a manifestation of this.

The officials noted that friendly and neighborly relations between the two countries have successfully developed in political, commercial-economic, transport-transit, energy, culture, environment, and other fields.

At the same time, it was said that the opening of transport communications in the region creates ample opportunities for cooperation.

The importance of the 6th meeting of the Conference of the Parties of the "Framework Convention on Environmental Protection of the Caspian Sea" held in Baku was emphasized.

It was stated that the issues of environmental protection of the Caspian Sea and efficient use of natural resources are among the priorities of Azerbaijan's national policy. It was brought to attention that Azerbaijan has taken consistent measures to minimize the negative impact on the environment of the Caspian Sea.

The importance of joining the efforts of the Caspian littoral countries to solve environmental problems was especially emphasized.

At the same time, the meeting participants expressed concern about the pollution of the Araz River by Armenia, and the need for joint efforts to protect the environment of the river was brought to attention. 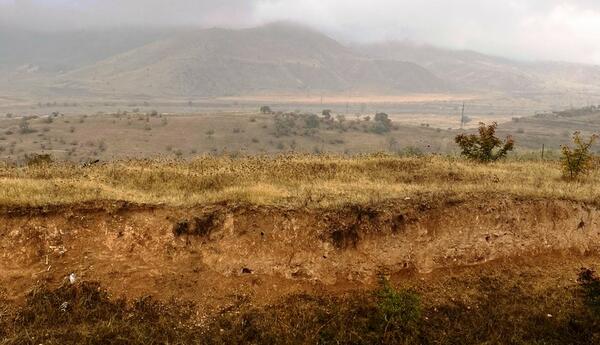