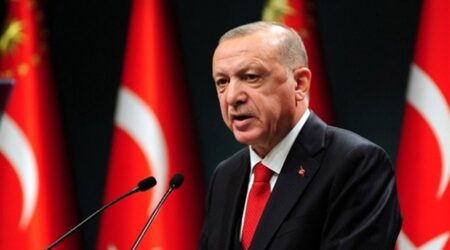 Turkey’s President Recep Tayyip Erdogan on Saturday said Ankara would not look “positively” on Sweden and Finland’s NATO bids unless its concerns were addressed, despite broad support from other allies, including the United States.

Turkey has long accused Nordic countries, in particular Sweden which has a strong Turkish immigrant community, of harbouring outlawed Kurdish rebels as well as supporters of Fethullah Gulen, the US-based preacher wanted over the failed 2016 coup.

Erdogan’s opposition has thrown a major potential obstacle in the way of the likely membership bids from the hitherto militarily non-aligned Nordic nations since a consensus is required in NATO decisions.

“Unless Sweden and Finland clearly show that they will stand in solidarity with Turkey on fundamental issues, especially in the fight against terrorism, we will not approach these countries’ NATO membership positively,” Erdogan told NATO chief Jens Stoltenberg in a phone call, SIA reports referring to the presidency.

On Twitter, Stoltenberg said he spoke with Erdogan “of our valued ally” on the importance of “NATO’s Open Door”.

“We agree that the security concerns of all Allies must be taken into account and talks need to continue to find a solution,” he said.