"Three big projects are planned to be implemented on the territory of the Baku International Sea Trade Port in the medium term," Hasanli said.

"Azerbaijan is the center of transshipment of the Turkish cargoes which are transported to the Central Asian countries," head of the department said. "A big share of the Turkish cargoes which are transported by vehicles accounts for our port. The Baku International Sea Trade Port plans to implement a project to create a TIR park in connection with the annual growth in the transshipment of vehicles."

"Such types of services as parking of vehicles on the territory of the port, a recreation area, repair, customs clearance of goods, as well as a number of other services in accordance with the international practice will be the advantages of this park," head of the department added.

"So far, the TIR park project has been fully developed and it is planned to be built by using private investments," Hasanli said.

The head of the department said that along with the TIR park, it is planned to build a grain terminal, in the long term.

"The Central Asian countries annually export big volumes of grain, the share of which in our port is insignificant," Hasanli said. "Therefore, by building a terminal, we will be able to attract the export of these goods and increase the transit potential of the port. The turnover of grain transshipment, if the set goals are achieved, may reach 2-3 million tons per year."

The head of the department added that these three big projects in the medium term will increase the stability and potential of the Baku International Sea Trade Port, as well as increase the confidence of international organizations.

"Moreover, the work is underway to integrate the e-system of the port into the e-system of the Azerbaijani State Customs Committee and structures of the foreign countries," Hasanli said. "Thus, system integration will allow the customs services to receive information about the cargo which is transported even before the arrival of the corresponding transport."

"In terms of digitalization, Azerbaijan, Kazakhstan and Turkmenistan, together with the OSCE, are creating a unified data transmission system in the field of cargo transportation via the Caspian Sea," Hasanli said. "The creation of a data exchange system between the Baku International Sea Trade Port and the Aktau port is at the final stage."

"A system for managing and transmitting data on cargo between the Baku International Sea Trade Port and the port of Turkmenbashi has been prepared," head of the department said. "Our system has been already prepared and we expect a similar system in Turkmenistan. Our port will also receive and forward e-information about cargoes to the port of Alat."

"Similar systems are being prepared by the Azerbaijan Railways and the State Customs Committee," head of the department added. "The implementation of these projects will greatly reduce downtime at both customs checkpoints and ports."

"Despite that this process has not been completed yet, we are already receiving e-information about the goods which are transported by big vehicles (TIR)," Hasanli said. "The work on expanding digital opportunities is underway."

"It is not always correct to measure the transshipment of goods by one criterion, in this case in tons," Hasanli said. "We strive to increase transshipment in accordance with other criteria, for example, in terms of volume, that is, to increase the number of vehicles, containers, wagons and other types of cargo which are transported."

"In this regard, it is planned to increase the transshipment of vehicles up to 55,000-60,000 TIR per year, container cargo - up to 80,000 TIR," head of the department said. "Of course, having achieved these indicators, we will make plans to further increase this potential."

"After reaching the level of annual cargo transshipment of 10-12 million tons, it is planned to move to the second phase of the port expansion," Hasanli said. "Currently, we use only a half of the transshipment potential."

"The implementation of new projects will allow attracting new types of cargo and increasing the capacity of the port," head of the department added.

"The transshipment of vehicles (TIR) has grown by more than 16 percent, reaching 13,600 this year," head of the department said. "The volumes of cargo transportation by containers have been growing during the last 3-4 years. Our region in the global container transportation chain is exceptional in the direction to Asia, Europe, China."

"The growth in the transshipment of containerized cargo through our port is associated with the stability of the infrastructure and the capabilities of the complex," Hasanli said. "So, we handled over 40,000 TEU-containers in 2020 and the transportation of goods via containers increased by 17.7 percent during the five months of this year compared to the same period of 2020 (17,232 containers)."

"In accordance with our forecasts, the transshipment of containers will reach about 42,000-43,000 TEU this year, which shows an annual growth of this transportation by 20-25 percent," head of the department said.

"The produced mineral fertilizers and sulfur are mainly exported and most of them are transited through Azerbaijan," Hasanli said.

"We predict that the volume of transshipment of mineral fertilizers will exceed 800,000 tons in 2021 and in this regard, we have begun to build a new transshipment terminal, which is planned to be commissioned in 2022," Hasanli said.

"The throughput capacity of this terminal will reach 2.5 million tons per year," head of the department said. "In the medium term, we plan to attract about two million tons of mineral fertilizers per year from the Central Asian countries."

"Before the commissioning of the new terminal, we expect to transship mineral fertilizers up to one million tons," Hasanli added.

The head of the department stressed that China plans to transit cargo through Azerbaijan via block trains to the Dutch port of Venlo.

"Moreover, cargo transportation between China and Turkey is increasing and the export of these goods through our country is expected to grow rapidly," Hasanli said.

"We mainly transship cargo along the Turkey - Central Asia - Turkey route, the countries of the Black Sea and Europe - Central Asia routes, as well as transit the Chinese goods," head of the department said.

"Over the past few years, we have expanded our cooperation with major European ports," head of the department added. "We have recently signed a memorandum of understanding with Trammo, Inc. and Wondernet Express Investment Group, which owns and operates Georgia’s Batumi Multimodal Fertilizer Terminal."

"Among the major European ports with which we cooperate are Venlo, Antwerp and a number of others," head of the department added. 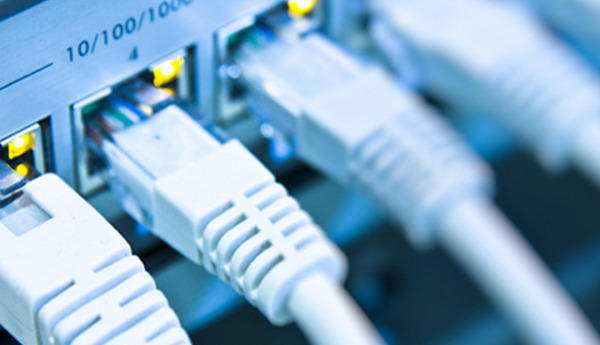 General: “Enemy thought that it would get back territories that Azerbaijan liberated in April battles”

Seadat Yusifova: “Armenia should bear responsibility for military aggression and other grave crimes conducted against Azerbaijan”